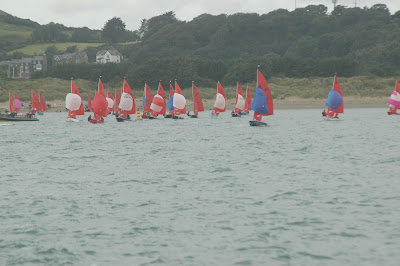 The whole night it rained and gladly it stopped in the morning. We got up and left for ASDA! Like everyday, we always need something from the store. We then took a short trip to the Sailing Club and rigged our boat. We went down to the beach to find out that it would be postponed one hour because of the low wind… one hour passed and yet another two hour postponement! We waited and waited. 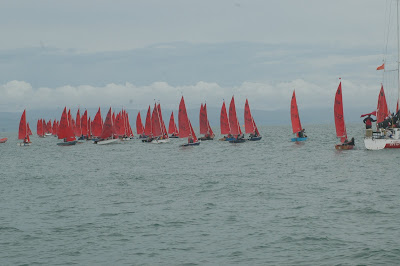 Finally they decided we would go out! It still wasn’t the windiest day but we got to the race course. Eventually after 1 postponement on the water we had our first race! Of course, the first start had a false-start so we waited even more. All we did was, wait today. Finally they did a re-start and were able to start. We were doing decently well until the gybe mark, where around 7 boats came around at the same time and yes… we lost all those places. But I guess it’s a lesson. It’s better to be closer to the mark than further. 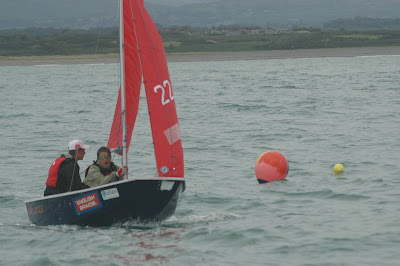 Eventually we started the second race after a long postponement. We did fairly well until we noticed boats passing us by very quickly. We started playing with all the parts of the rig but nothing worked. Once we finished the race they said “Oh, and by the way you were black-flagged”… Well thanks for telling us that after the race. So we ended up being disqualified from that race because we were just a bit ahead of the start line. Well that put us down… what, around 13 places. 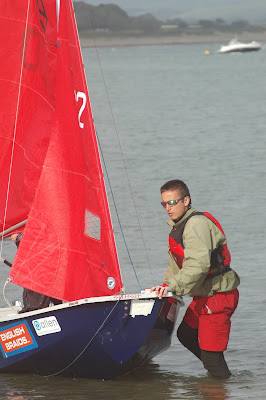 Anyways, after that we came in and de-rigged our boat. We quickly prepared our skit for Nations Night. This is a presentation by each country which shortly tells everyone how they live, what they do, etc. We were planning to do a lot, such as singing but then it would take too long. We then went to the Marquee to watch the other countries do their performances. They were really well done. Then it was Canada’s turn to go up. With only the three of us, we managed to entertain the crowd as if there was no tomorrow. Everyone laughed hysterically. We first explained “what it means to be a Canadian”. Then we moved onto some myths about being a Canadian (and what others may believe about us). Then I read an “immigrants diary”. We’ll re-create our performance at the first opportunity. Everyone had a great time. 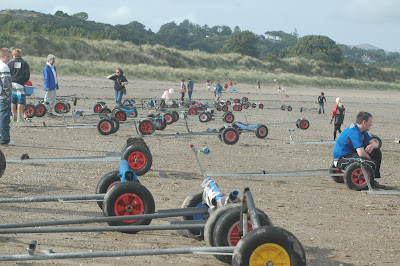 Just as we finished I was needed as a witness in the protest room. I went to the hearing and told them my story (they have already been there for over two hours). Unfortunately, after all that time the case was dismissed. 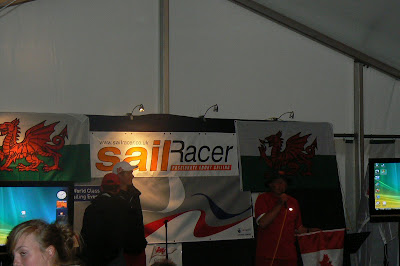