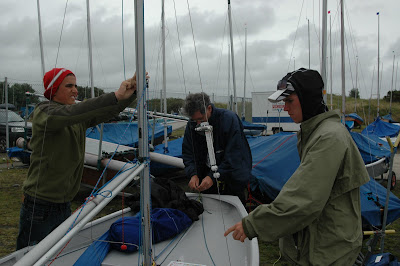 Today was the first day that we were able to sleep in. We were planning to wake up at 7 am but we woke up at 8:30 due to heavy rain. Eventually we got up a did our laundry. We originally planned to go site seeing but we decided to go the the Sailing Club. We checked our e-mails and got a lot of things out of the way. 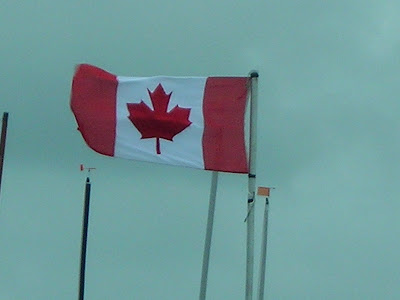 As promised Peter Robinson (from GBR - the secretary and future president of the National British Mirror Association) helped us check our rigging. This included the tension of the shrouds and jib adjustment (something no one in Ontario has on their Mirror Dinghy). We had to do some quick grocery shopping because of lack of food. 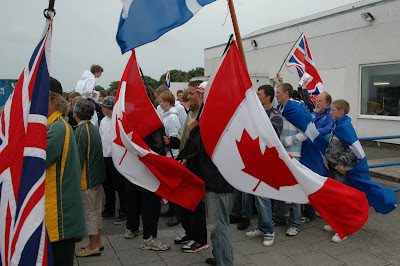 At 17:30 all the participants gathered at a distant location on the streets of Pwllheli. From there we marched to the Club led by a Welsh marching band. Each nation got 2 flags to represent their country. Once we arrived at the Club we sung the Welsh National Anthem. Later on there was a presentation from the organizers which introduced the Worlds. There were also speeches from national and international sailing organizations. 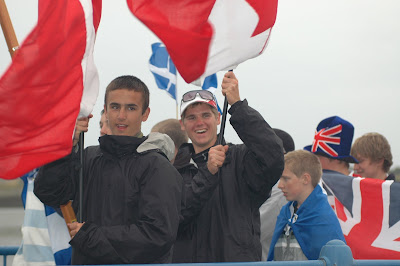 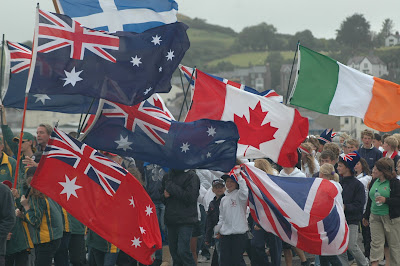 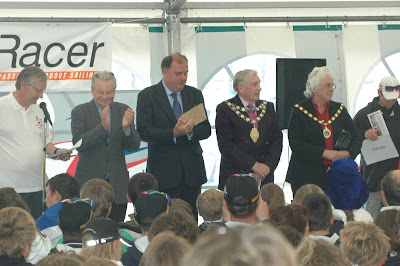 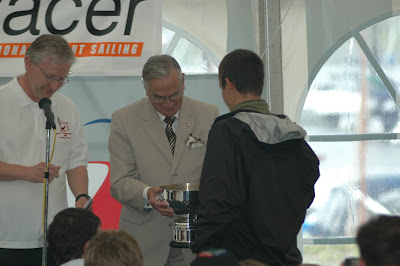