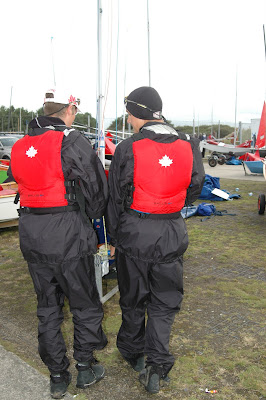 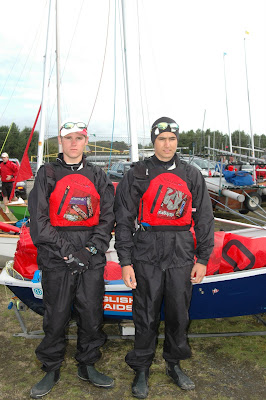 The first day for the Worlds has finally begun! We woke up at the normal time, quickly made lunch and left to the Sailing Club. Once we arrived we started setting up our Mirror Dinghy. Anthony (an organizer for Australia 2011 MW) and an organizer from South Africa helped us check our rigging. This included the rake of the mast and the tension of the shrouds. As well they checked our jib and mainsail placement. 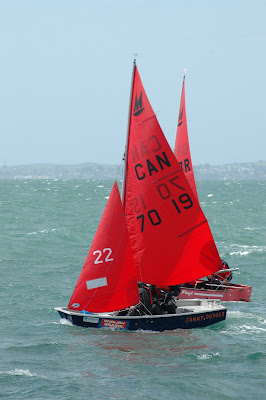 The weather has improved a lot. It was still blowing hard but at least it stopped raining. We set out to the course like usual and began plaining across the start line. The race course for the Worlds is exactly the same as for the UK Nationals. Today approximately 100 Mirror’s started. With the new rig setting we felt the huge difference. When we crossed the start line we were able to keep up with all the other boats. We were actually in the middle of the fleet once we passed the first mark! We finished the first race in the middle of the fleet, a great accomplishment. 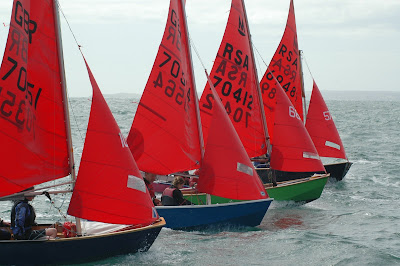 The second race got a bit harder. Once we were past the second mark we ran into some trouble. Another boat luffed upwind really quickly catching us off guard. The ending result was a hole at the top of our bow. It was nothing that we couldn’t handle. Later on we called a protest against them. This race did not go so well because we were extremely close to tipping with our spinnaker and we spent a lot of time bailing water. The third race was another good one. We had a great start and were at almost all the marks in the middle of the fleet. We have a competition with one crew from Great Britain because we’re always sailing beside each other. 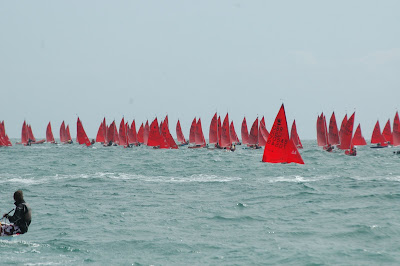 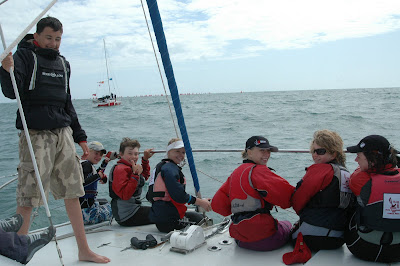 There were many "retirements" during the races today because of the extreme conditions. In the above picture are the teams that retired. The second picture below shows the boats that retired. After the race we sailed in and quickly went to the protest room to fill out a form on time. There is a 90 minute time limit after the race. We then went to de-rig the boat and checked the jury room every so often to see if someone was there. We also had to tell the other boat that they were to meet us at the protest. During the protest we basically stated what happened, but it was dismissed because “the hole is too small and did not affect us in finishing the race”. We now have to find out what we will do about it. 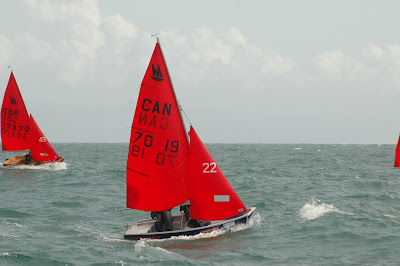 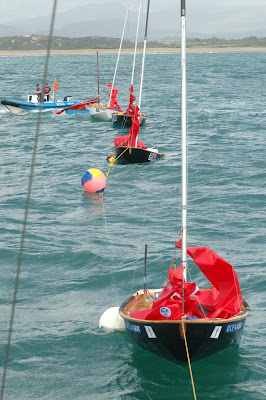 Currently we are relaxing and saw a presentation about the up-coming European championships and 2011 Worlds. 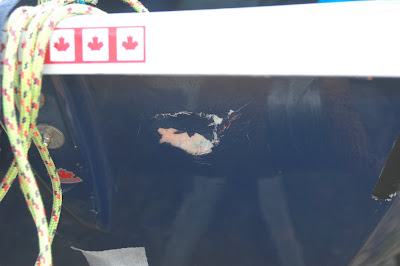