We woke up to a cold and windy day. As usual we left our camp ground at 8:00 to go to ASDA and buy breakfast. We got to the Sailing Club to find the parking lot empty! We thought that the races had already been cancelled and we were the last to find out. I decided to go to the committee room and find a new post to see details. It said that the first warning signal would be at 11:55. That meant it was one hour later than any other day. 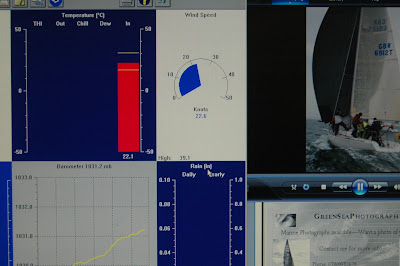 We went to make ourselves lunch. They announced there would be a brief meeting at "quarter past ten" so in the meantime we went to see the wind gauge. As in the picture above the wind is approximately 22.6 knots. We then went to the big tent to find out what would happen with the races. They announced that out on the water the wind gusted to 30 knots and therefore they would scrap it. 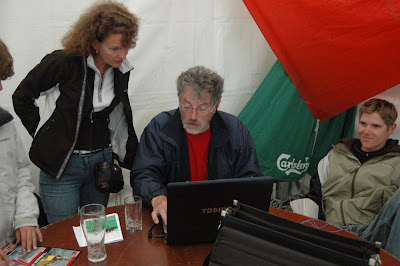 We have almost decided to go to Abersoch and visit the town but a huge rainstorm came in so we stayed in the Marquee. We spent the time uploading all our pictures and finishing up previous days of the blog. As well we replied to dozens of e-mails. The Peterson family helped us rig our boat so therefore we allowed them to use our laptop. It wasn’t the most appealing day of our trip, especially if our second option besides sailing is travelling. Anyhow, we finally bought our first dinner at the Sailing Club; it was expensive. 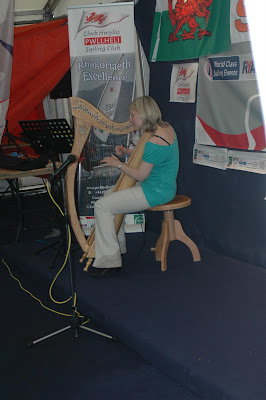 In the meantime, the organizers were preparing the Welsh night and harpist. Gwenan Gibbard is one of Welsh music’s most exciting new talents. As well, reporters were going around and filming each nation. They also filmed crews hard at work during the rain.
Later on in the evening everyone gathered in the Marquee and the harpist came. In addition, they were filming this live. They also showed the reporting done earlier in TV and luckily we appeared in two of the shots. 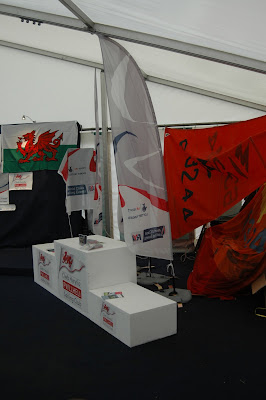 We are now looking forward to the next day. We hope that we will finally be able to get the races done!
Posted by M and M at 12:55:00 PM